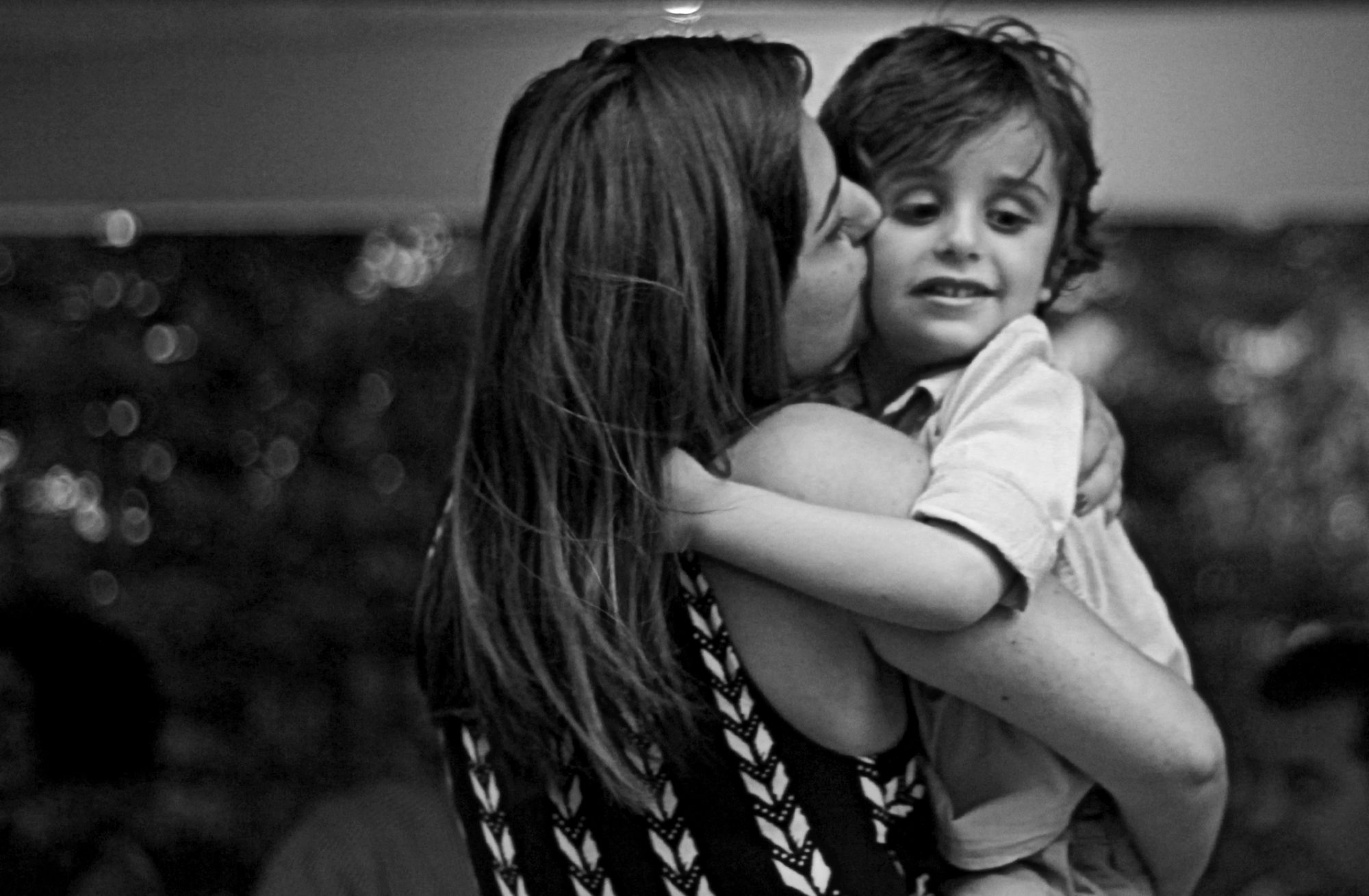 I don’t know if it’s that stomach bug that’s going around, or maybe my body just detoxing or adjusting to my new vegan diet/lifestyle, but I had the worst case of diarrhea (gross I know – I’m sorry!!) all Friday night and most of the day on Saturday. This morning I feel kind of better, there’s no weird and loud gurgling sounds going on and I feel I can actually eat something without feeling the need to go immediately after.  I think what finally helped was actually that heaping tablespoon of chia seeds last night!! Since chia seeds basically quadrouple in size and become jell-like when they come in contact with water I figured that would be the best thing for my stomach. I of course googled it and I was right. These seeds are like magic, seriously.

Well, the little man is being his sweet smiling self again. I heard him coughing last night in his sleep and it sounded a bit like a dog barking. Damn croup! When my little man was 9 months old he got croup somehow. Loud barking cough. Freakin’ scary!! I remember sleeping on the little couch we had in his bedroom then and just waking up and checking in on him to make sure he was okay every time he made the littlest sound while asleep. I was so scared. Now, whenever I hear that cough I just get sad. My poor baby. I think that’s why he was regressing last week. He wasn’t feeling good. He was feeling sick and he couldn’t communicate that to us in any other way other than to ‘tantrum’.

You know when you have a conversation with a friend and then you feel a whole lot better. Well, yesterday my friend Christine called and we haven’t spoken or seen each other in ages so it was nice just by itself. But I told her about Panayioti regressing and how down I get when he starts his screams and other stimms (classic autistic characteristics) and she gave me the best little tip/advice. You know how seasons changes, weather changes, everything changes but mountains stay the same. They’re there. They’re stable. They’re a constant. That’s what I have to put in my mind and imagine that I am that mountain. Things change around me, sometimes things are peaceful, sometimes chaotic, but I have to be stable no matter what. It’s meditation. I tried it last night and it worked! I felt immediately at peace, able to keep myself calm and deal with the fact that at 8 p.m. Panayioti needs peace and quiet in order to get ready for bed but sometimes his little sister is really hyper around that time.

After the kiddos did finally go to sleep I started thinking about what it must be like to be non-talker and live in a world that talks. It really sucks that Panayioti doesn’t talk I said to Kosta. I know that sounds kind of weird but that’s how I feel. People use language, the use of their tongues to get words out of their mouths, to speak words that have meanings. A then here is my little guy. Talking, laughing people all around him. I wonder what he’s thinking most times. What goes on inside his head when he looks at us say something funny and then laugh? The thought crossed my mind that maybe I would go a whole day without talking to see how that would be like. How would people perceive me, how would I get by? I quickly then erased that thought because I started getting this panicky feeling. It’s too scary I thought. So now I kind of get it. My little guy must be feeling terrified most of the time. It takes a lot of guts to be a non-speaker and live in a speaking world. He’s the hero.